Launched in December 2016 with funding from the EU Emergency Trust Fund for Africa (EUTF), (hyperlink) the EU-IOM Joint Initiative for Migrant Protection and Reintegration (the EU-IOM Joint Initiative) is the first comprehensive programme to save lives, protect and assist migrants along key migration routes in Africa.
The programme enables migrants who decide to return to their countries of origin to do so in a safe and dignified way, in full respect of international human rights standards and in particular the principle of non-refoulement. In close cooperation with partnering state and non-state actors, it provides assistance to returning migrants to assist them to restart their lives in their countries of origin through an integrated approach to reintegration that supports both migrants and their communities, has the potential to complement local development, and mitigates some of the drivers of irregular migration.
The EU-IOM Joint Initiative covers and closely cooperates with 26 African countries in the Sahel and Lake Chad, the Horn of Africa, and North Africa. In the Horn of Africa the programme is coordinated from Nairobi and mainly covers four priority countries: Djibouti, Ethiopia, Somalia and Sudan.
There are three major international migratory routes from the Horn of Africa:

It is the Eastern Route, via either Bossaso in Somalia or Obock in Djibouti, that usually accounts for the largest number of irregular movements each year in the region. This is also among the busiest maritime crossings in the world where predominantly youthful migrants make their way across the Gulf of Aden or the Red Sea to Yemen, en-route to the Gulf States. Many find themselves stranded and use the same route for the return journey.
In December 2021, the EU-IOM Joint Initiative celebrated its fifth anniversary, noting that over 7,900 migrants had received return support in the Horn of Africa. Over the same period more than 13,000 returnees started the reintegration process to re-establish their lives in Ethiopia, Somalia and Sudan, and other countries in the region.
Across the region, the EU-IOM Joint Initiative has facilitated 43 community projects with the intention of supporting a target of 245,000 beneficiaries who include returnees, potential migrants and other community members. Such projects are aimed at addressing some of the drivers of migration, especially unemployment, while simultaneously facilitating the reintegration of returnees.

The objectives of the EU-IOM Joint Initiative include to: 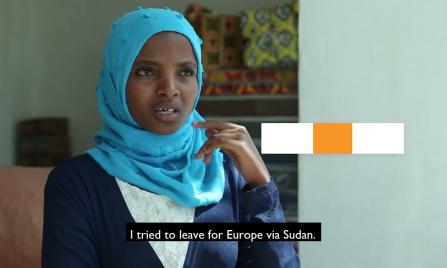 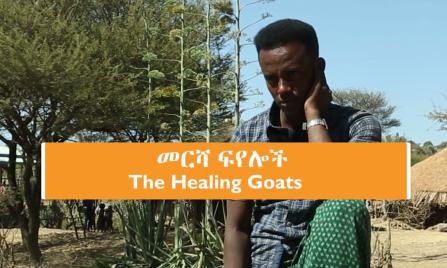 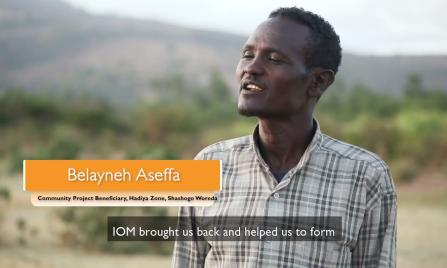 Our Future is Full of Opportunities