Generous New Funding from U.S Government Allows IOM to Step Up Support to Vulnerable Migrants in the Horn of Africa and Yemen 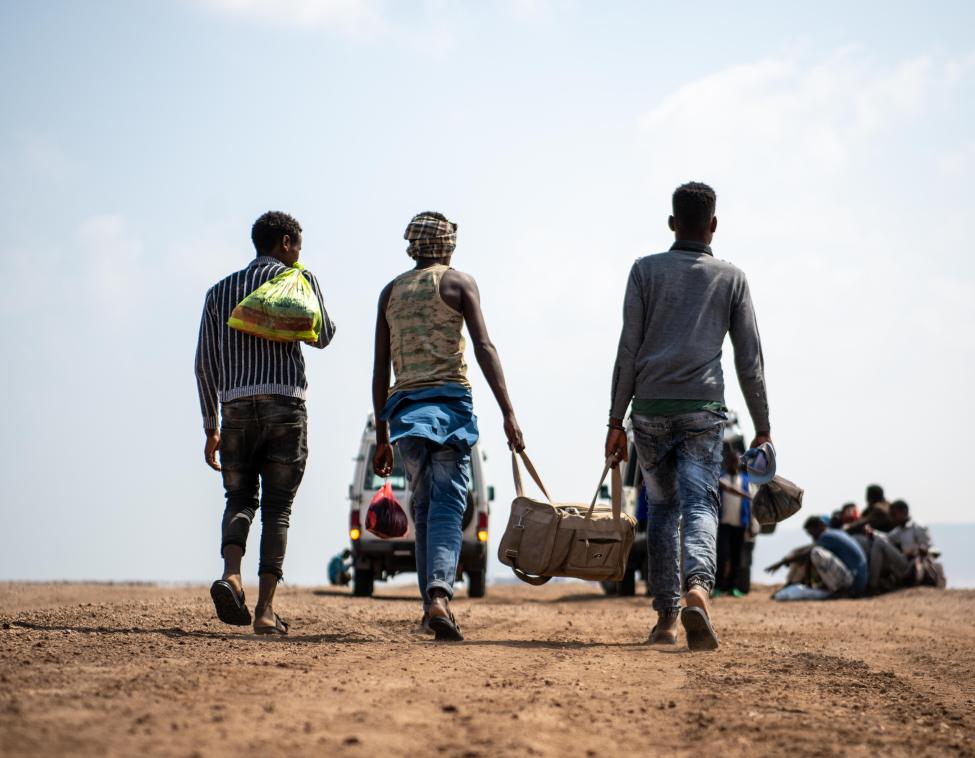 Through the MRP, IOM and partners are addressing the array of challenges faced by migrants, returnees, and host communities in the region. However, the deteriorating situation and heightened vulnerability of migrants in transit and destination countries as well as the situation of returning migrants along the Eastern Route is exacerbating already significant needs. IOM/2022.

Nairobi – The United States’ Bureau of Population, Refugees, and Migration (PRM) has provided an additional USD 14.3 million to the International Organization for Migration (IOM) to assist thousands of migrants in vulnerable situations and their host communities along the Eastern Route, a migration corridor that runs from the Horn of Africa to Yemen and the Arabian Gulf.

The funds have been channeled through the  Regional Migrant Response Plan for the Horn of Africa and Yemen 2022  an IOM-coordinated mechanism that includes more than 40 humanitarian and development organizations. The funding will support the provision of life-saving aid and protection assistance to vulnerable migrants in Yemen, Ethiopia, Djibouti and Somalia, as well as increase voluntary humanitarian returns for vulnerable migrants in Yemen back to their home countries. The funds will also help in providing targeted support to vulnerable women.

“The contribution from PRM could not have come at a better time. With this funding, IOM and partners will be able to support the immediate humanitarian needs of thousands of migrants, returnees and host communities in vulnerable situations, and help them return to their home communities in a safe, orderly and humane manner,” said Mohammed Abdiker, IOM Regional Director for the East and Horn of Africa.

Each year, tens of thousands of migrants in the region leave countries in the Horn of Africa – primarily Ethiopia – to escape poverty, the effects of climate change and conflict, and ultimately seek job opportunities in the Kingdom of Saudi Arabia or elsewhere on the Arabian Peninsula.

They take dangerous journeys through the Horn of Africa, across the Gulf of Aden to conflict-affected Yemen where they are at grave risk of exploitation and violence. Many lose their lives along the way due to lack of water, shelter and medical care while others are exposed to human rights violations including arbitrary detention, torture and sexual violence.

The humanitarian situation in Yemen has deteriorated since the start of the conflict in 2015. The level of human suffering is staggering. More than 23 million people need humanitarian assistance, including over 190,000 migrants who lack access to basic services.

The number of migrants travelling along the Eastern Route in 2022 has already surpassed last year’s figures, many new arrivals are at heightened risk of exploitation, violence, and abuse.

MRP partners expect the continuation of involuntary returns of Ethiopian migrants from the Kingdom of Saudi Arabia in line with the agreement between the two governments to reach 102,000 returns by the end of 2022. Upon arrival, they are provided with accommodation at the IOM transit centre, cash for onward travel to their home community, family tracing and reunification, medical screening and psychosocial support.

Through the MRP, IOM and partners are addressing the array of challenges faced by migrants, returnees, and host communities in the region. However, the deteriorating situation and heightened vulnerability of migrants in transit and destination countries as well as the situation of returning migrants along the Eastern Route is exacerbating already significant needs.

In 2022, IOM and MRP partners aim to reach nearly half a million vulnerable migrants in the region with lifesaving humanitarian assistance and require USD 67M to respond comprehensively to these needs. With this new funding, MRP partners have so far received approximately 41 per cent of the 2022 MRP financial appeal.