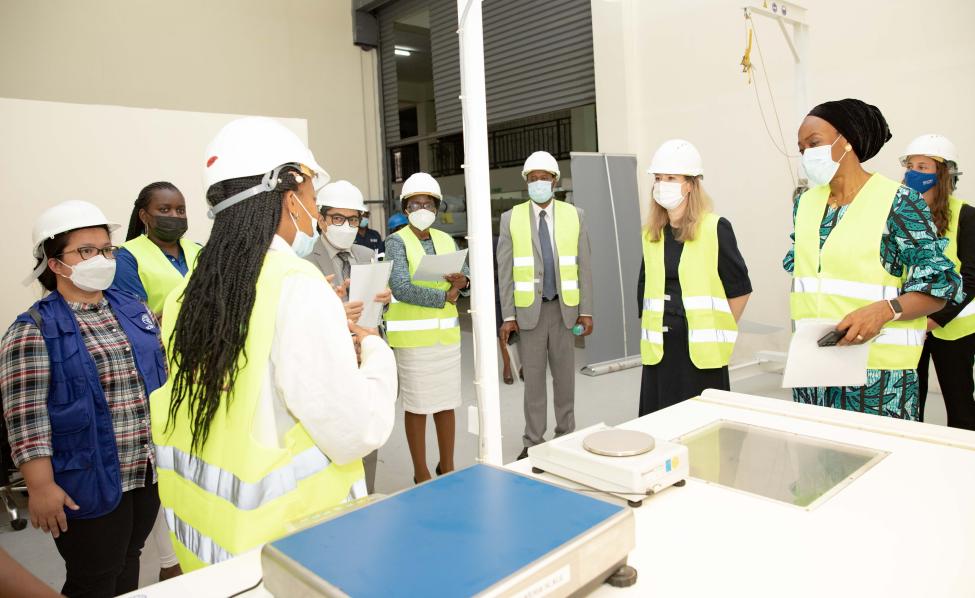 Nairobi, Kenya – Deputy Director Generals for IOM, the International Organization for Migration, Amy Pope and Ugochi Daniels, have appealed for more assistance for migrants and IDPs across East & Horn of Africa, during their first joint trip to the continent.

Most countries in the region remain chronically affected by natural hazard-induced disasters and protracted conflict, creating new waves of forced displacement and exacerbating existing humanitarian needs. During the trip, the Deputy DGs met with migrants, internally displaced persons (IDPs), refugees and host communities in Kenya and South Sudan, and listened to the concerns of affected communities.

In South Sudan, Pope and Daniels met with IDPs living in Bentiu IDP camp, home to over 110,000 people displaced by insecurity and war. South Sudan is experiencing the third consecutive year of extensive flooding, with the 2021 floods – described by local communities as the worst in the past 60 years – having forced more than half a million people into displacement. IOM South Sudan is assisting over 20,000 flood-impacted communities in five newly created settlements. Overall, over 8.9M people affected by conflict and climate change, 70 per cent of the country’s population, require urgent, life-saving support.

“People have been forced to leave their communities, livestock have died, there is tremendous food insecurity, people are more threatened by malaria and other disease. It is having a tremendous impact on the people of this community in very devastating ways,” said Amy Pope, IOM Deputy Director General, Management and Reform.

During the trip, the Deputies also attended the IOM Regional Migrant Response Plan for East and Horn of Africa and Yemen (2021-2024) (MRP) Strategic Retreat. The MRP seeks to respond to the dire needs of migrants along the Eastern migratory route from the Horn of Africa via Djibouti or Somalia to Yemen, and the Gulf nations. Nearly 760,000 people need assistance. In February, IOM and MRP partners launched an appeal for USD 67 million to provide life-saving help.

“There is still a lot of work to be done to address the challenges, particularly with the expected rise in migrant numbers as countries ease movement restrictions, and the lack of funding to allow a comprehensive response for the target population,” said Ugochi Daniels, IOM Deputy Director General, Operations.

Meetings were also held with senior government officials in both countries, in Kenya with the Cabinet Secretary for Labour and Social Protection, Simon Chelugui, and Cabinet Secretary for Treasury and Planning, Amb. Yattani Ukur, where discussions focused on mainstreaming migration into the country’s development agenda. In South Sudan, meetings were held with the First Vice President, H.E. Riak Machar, and support was expressed for communities and authorities in peacebuilding efforts. IOM is working with the governments of both countries to address mobility challenges and maximize the benefits of migration.