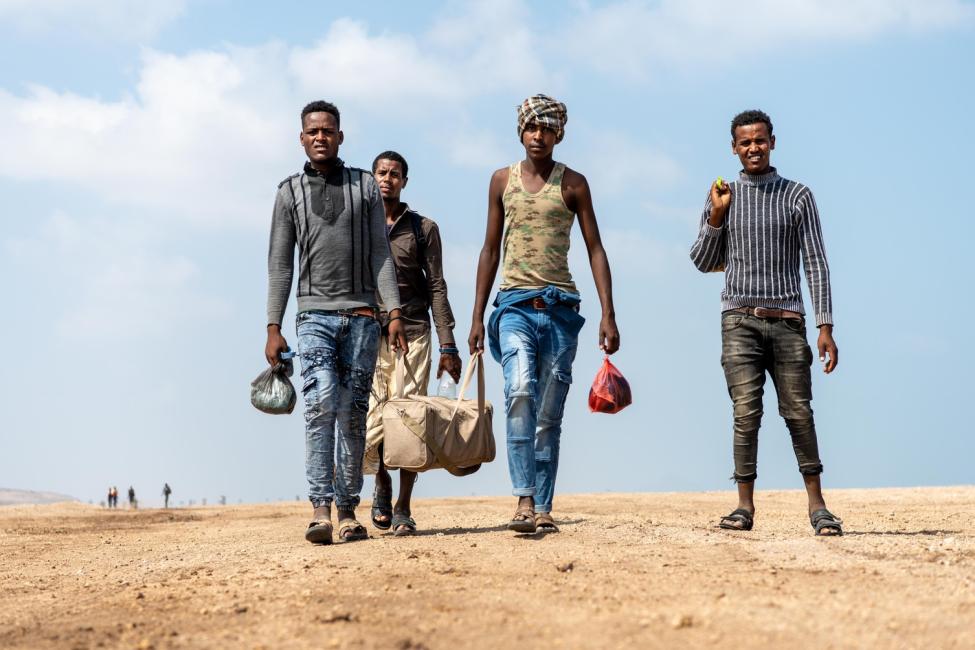 Djibouti City – Today (5 April), IOM and the Government of Djibouti are inaugurating a new facility in the capital of Djibouti to house the headquarters of the National Office of Assistance to Refugees and Disaster Victims (ONARS). The new office is expected to strengthen ONARS’ operational support and assistance for refugees, asylum seekers and disaster victims, including migrants, throughout the country.

Though Djibouti is considered a destination country for migrants from across the East and Horn of Africa, it is also a major transit point for migrants traveling along the Eastern Migratory Route. Located between the Horn of Africa and the Arabian Peninsula, this route is taken each year by thousands of irregular migrants who are primarily in search of work opportunities in Gulf States.

Recently, Djibouti has experienced an increasing flow of migrants and asylum seekers from Somalia and Ethiopia. With a population of nearly 950,000, Djibouti currently hosts nearly 35,000 refugees and asylum seekers registered by the United Nations High Commissioner for Refugees (UNHCR). According to IOM's Displacement Tracking Matrix, about half a million migrants have transited through Djibouti in the past three years.

The Government of Djibouti and the United Nations have worked together extensively over the years to improve protection standards and living conditions for vulnerable populations through ONARS, a structure under the Ministry of the Interior.

It is in this context that IOM has built the new headquarters facility thanks to funding from the European Union (EU) within the framework of the project “Durable solutions for the most vulnerable host populations, refugees and migrants living in Djibouti territory.” The facility comes as part of a broader initiative aiming to assist and protect migrants, refugees, and host populations in accordance with commitments made by the Government of Djibouti.

In the presence of ambassadors of EU, France, Germany, and Ethiopia accredited to Djibouti, and representatives of the Djiboutian government as well as various UN agencies, Djibouti’s Minister of Interior H.E. Said Nouh Hassan inaugurated the new headquarters.

“I hope that these new premises will convey our human values of solidarity, fraternity and mutual aid and that they will be a place of counselling, consideration and empathy for all our compatriots in need, but also for asylum seekers, refugees and migrants,’’ said Houssein Hassan Darar, ONARS Executive Secretary.

In 2018, IOM created a migration unit within ONARS to better assist and protect migrants in vulnerable situations in the country. This unit has been involved in the protection of migrants returning from the Arabian Peninsula through IOM’s Transit Centre, allowing people wishing to return to their country of origin to observe a certified quarantine period and receive COVID-19 Testing to make their border crossing possible.

Trained on migration topics, the unit’s agents have been engaged in providing a range of assistance to migrants transiting through Djibouti, including through the distribution of non-food items (i.e. hygiene products, clothes, etc.), awareness raising on irregular migration, and the referral of protection cases to IOM.

It is expected that the implementation of this structure will enhance collaboration between the two organizations in order to better adapt the assistance provided to refugees, asylum seekers, disaster victims, including migrants, in the Republic of Djibouti.