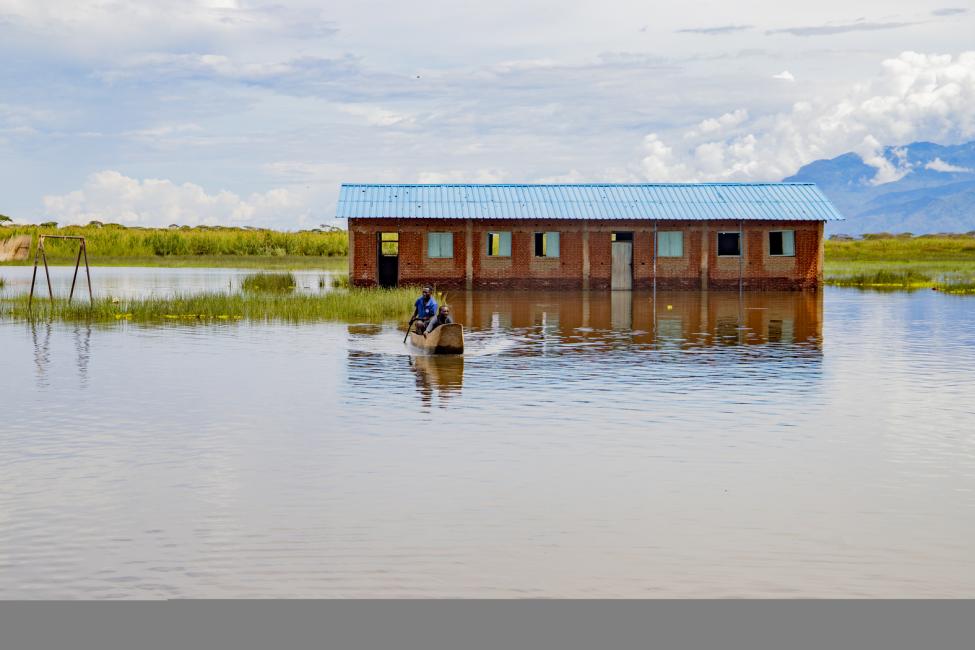 Bujumbura – The International Organization for Migration (IOM) is today, handing over the Disaster Risk Information Portal to the Government of Burundi (GoB), an innovative tool designed to support policy making, help save lives and safeguard investments, while decreasing internal displacement.

Each year, a significant portion of the country’s 12 million inhabitants suffer the consequences of recurring disasters such as floods, strong winds, torrential rains, landslides and earthquakes – the intensity and frequency of these hazards have been exacerbated by climate change. As of September 2021, these occurrences accounted for 83 per cent of internal displacement in Burundi.

Currently, more than 113,000 people are internally displaced throughout the country, including 20,000 who were forced to flee their homes in April 2021 when the waters of Lake Tanganyika rose to unprecedented levels.

The fruit of over one year’s worth of intensive research, the platform hosts a comprehensive mapping of the risks that these natural hazards have on the country. Through the findings it has been estimated that a staggering 3.1 per cent of Burundi’s annual Gross Domestic Product (GDP), or approximately USD 92.7 million, will be lost to disasters each year.

Created by IOM in collaboration with the Burundian National Platform for the Prevention of Risks and Disaster Management, the website will ensure this critical data is made available to the Government of Burundi, the general public, development actors and other stakeholders. It is expected this tool will help to inform policy on disaster risks that will address the needs of the Burundian population.

Carlos Villacis, the project’s senior technical adviser says that, “with the adoption of this platform by development actors, we will be able to provide policy makers with a better understanding of risk and therefore promote development, save lives, protect the economy and safeguard livelihoods.” In practice, this means that, based on the information available thanks to the risk maps, the government can know where to build a road or a school so that it avoids being in a landslide or flood prone area, for example.

The risk mapping comes as the first of three phases of a project funded by the European Union and implemented by IOM. The next phases, which are already in progress, will involve capacity building at the governmental level, and the implication of communities in Disaster Risk Reduction (DRR) initiatives, to ensure a holistic approach to a global problem.

“IOM will continue to work closely with the Government of Burundi to build the resilience of its population and ensure that the risks they face from disasters are considerably reduced,” says the IOM Burundi Chief of Mission Vijaya Souri.