U.S. and IOM Deliver Emergency Assistance to Tens of Thousands of Ethiopians Affected by Conflict in Amhara and Afar 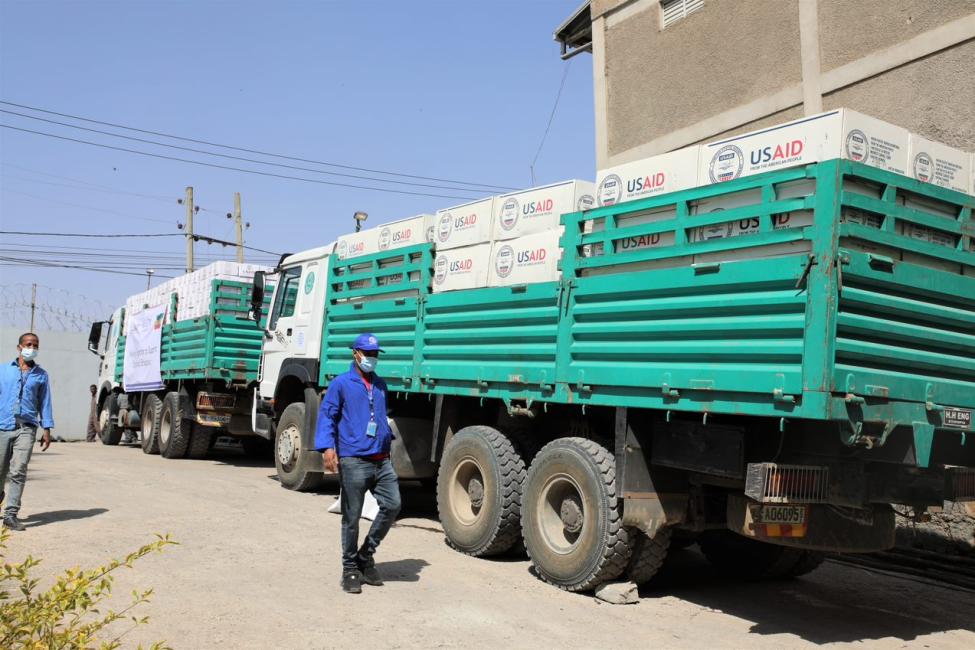 Some of the nonfood items loaded in a truck at an IOM warehouse in Addis Ababa awaiting dispatch to Amhara and Afar regions. IOM/2022 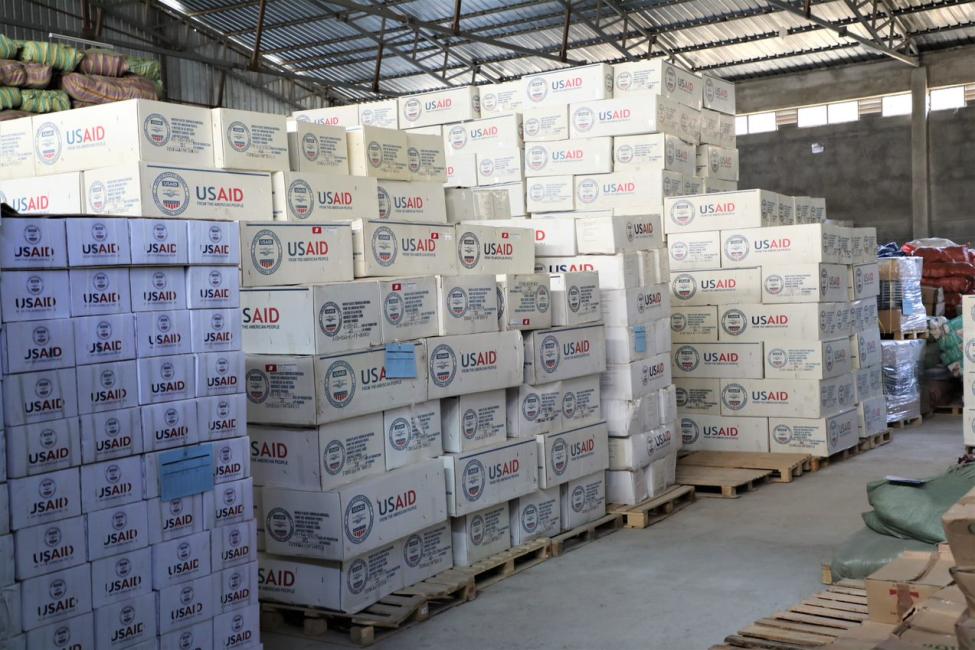 The 250 metric tons of supplies, worth over $1.5 million, include tens of thousands of blankets, hygiene supplies, tarps for temporary housing, and buckets. IOM/2022

Addis Ababa — The International Organization for Migration (IOM) received (9/3) over 250 metric tons of humanitarian supplies from the US Agency for International Development (USAID) that will be used to provide emergency support for tens of thousands of Ethiopians affected by the ongoing conflict in the Amhara and Afar regions of Ethiopia.

IOM will immediately deliver and distribute the supplies to people in need in the two regions, where conflict has forced hundreds of thousands to flee their homes.

The 250 metric tons of supplies, worth over $1.5 million, include tens of thousands of blankets, hygiene supplies, tarps for temporary housing, and buckets. They will benefit some 75,000 people.

“Over the past 17 months, the United States has worked tirelessly with our Ethiopian and international partners to provide emergency assistance to Ethiopians in need, wherever they may live. This time the USAID’s airlift of relief supplies will provide tens of thousands of families with their most fundamental needs: a warm place to sleep, a place to wash their food and hands, and shelter against the rain and sun,” said Ambassador Jacobson.
The IOM Acting Chief of Mission, Jian Zhao, added that: “our continued partnership with the United States Government has been critical in enabling us to provide much needed assistance to the people affected by the conflict in Ethiopia.”
“Currently about 4.2 million people are internally displaced across Ethiopia due to conflicts and climatic shocks such as drought and floods, and thanks to such generous support we will continue our effort to assist the Government of Ethiopia in ensuring displaced people in Ethiopia have access to safer shelter, and better sanitation and hygiene.”

On his part the Deputy Commissioner Hussein said: “2022 will be a challenging year due to the conflict and drought occurring in most of the country, and our affected displaced populations will require an immediate response in terms of food and non-food items.”